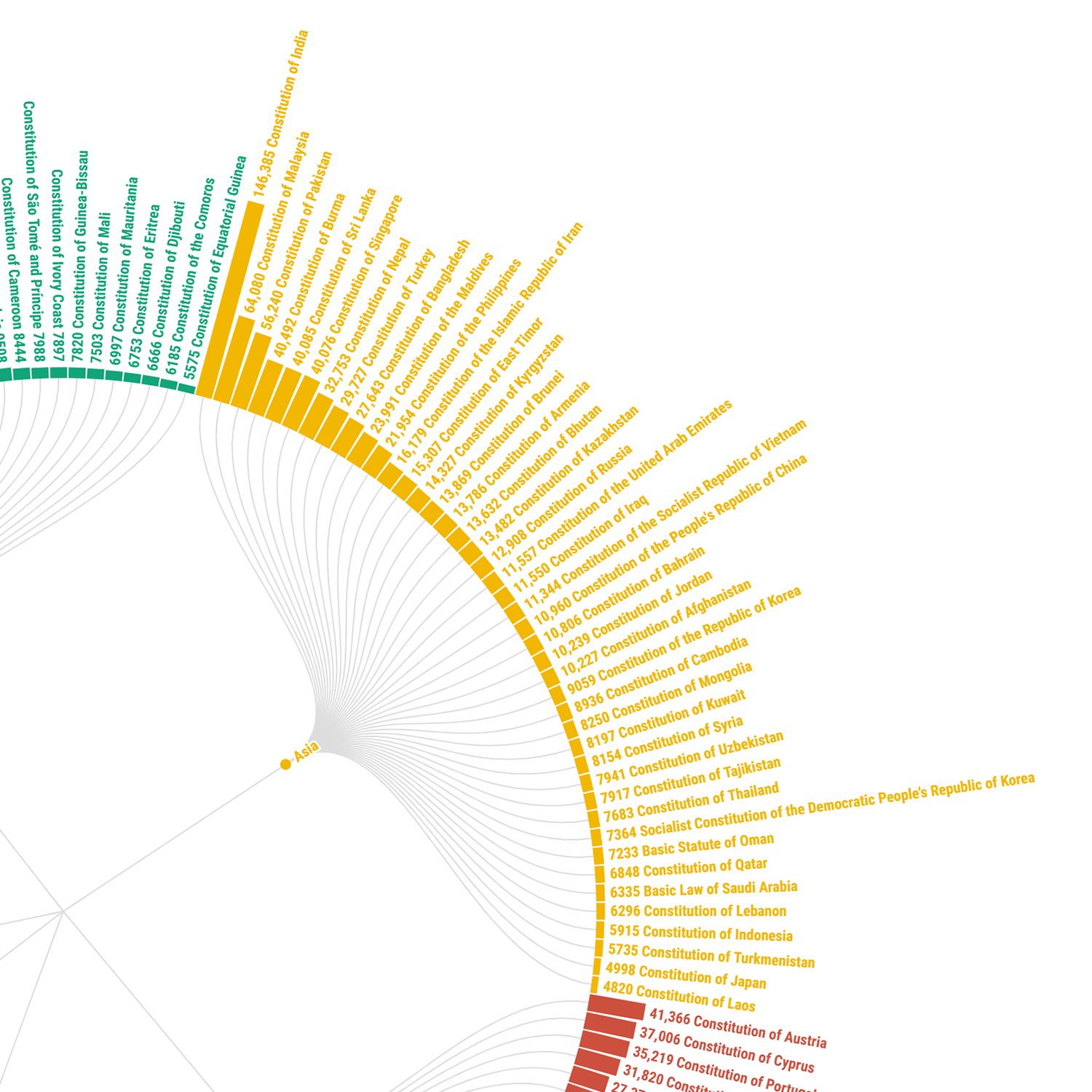 The 4 million words that define governmental power in 183 countries

So, I was thinking recently about ‘Governments’ as an entity and as a construct. What gives them the ‘power’? What legally establishes them? Without getting into deeper rabbit holes, the simple answer to these questions is ‘the constitution of the respective country’.

A constitution is a collection of fundamental principles or well-established precedents from the past, that constitute the legal basis of a polity, organisation or other types of entities, and commonly determine how that entity is to be governed.

From the ‘eye for an eye‘ laws of Babylon to the modern ones and everything in between, there is so much progress we have made as civilised societies to ensure the relationship between the state and its people is amicable and acceptable. I will probably write a long-form article about that in the future. I need to do a lot more reading to explore and understand the philosophies and driving forces behind various constitutions.

However, today we will look at a few surface-level facts about the constitutions of the world. More like pub-quiz facts that might help you one day! 😅

There are 4,050,756 words in the constitutions listed in the graphic below. Libya, Palau, Saint Vincent and the Grenadines, Vatican City and Yemen have written constitutions, but there is no official source of the number of words in them, so they are not included.

Play around with the interactive graphic above and let me know other interesting facts that you see about constitutions. While researching for this article, I came across the constitute project, which has a searchable database of the constitutions of the world. Check it out if you have some free time.

Don’t forget to share this article with that friend who majored in political science.  😉
Have a great day and stay safe!